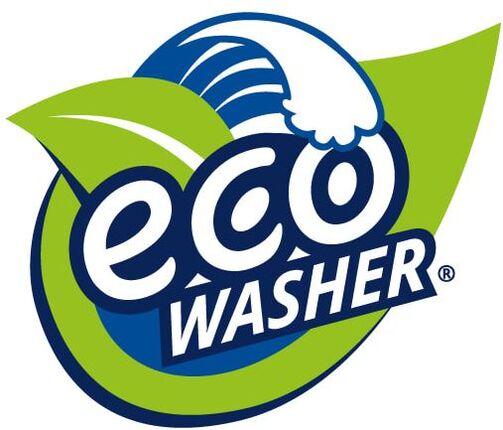 Use Less Soap With EcoWasher

In reality, the act of washing clothes itself poses more harm than good for the environment: the excessive water used and the microscopic bits of fabric that fish accidentally digest all translate to harm for the ocean. Ever since ecologist Mark Browne’s ground breaking study in 2011, it was discovered that the microfibers that accumulate from washing clothes have contributed to the worst kind of water pollution: microscopic debris. These pass through sewage filters and slowly kill thousands of marine species annually.

But it doesn’t mean that there should be a ban against washing clothes-that’s just gross, and would make matters worse. The key in reducing negative impact while keeping clothes clean at the same time is cutting down on detergents, labor and the amount of water consumed in each spin cycle- that’s a solution the eco laundry system offers.

While it is still a developing breakthrough, the design of the eco laundry system is revolutionary for both washing clothes and the ocean. It’s no question that the traditional method of washing clothes poses harm to marine life: laundry detergents and excess residue that drain into sewage systems find their way into oceans and kill fish, turtles, and coral reefs that accidentally swallow them in open water.

The eco laundry system, or ozone laundry system, works through a single generator that’s installed onto one or more washing machines via valves. There’s an intricate process that goes inside this unit. Simply put, it washes clothes by concentrating then charging oxygen molecules until they split and reassemble into ozone that reacts to the stain on clothes. The best part? It lasts for years with little to no maintenance.

The molecules in ozone gas are constantly looking for anything to react to during their stay in the water, pretty much like hungry children looking for something to eat. Soil, dirt, microfibers, and anything. Because of this, ozone molecules naturally lift dirt, kill bacteria, and soften the fibers in fabric while doing so- resulting in a fresh, clean, fluffy load of laundry with minimal to no use of detergents.

The electricity and water consumed in washing tons of laundry a day cuts back by 50% with the eco laundry system. Here’s why.

At most, water’s heated to further clean and disinfect clothes. The heating adds to the electric bill. This isn’t the case with this system: ozone laundering only works with cold water (it makes the ozone molecules decompose slower). This cuts the cost of heating water for laundry completely, going hand in hand with saving electricity compared to the long hours and watts consumed with traditional washing.

Moreover, the spin cycles in a single ozone laundry session are reduced from two to one because the ozone molecules soften then open up fabric fibers, making clothes significantly easier to dry. Ozone decomposes easily-meaning that it simply turns back into oxygen during and after the washing process. This translates to significantly less chemical wastes and less water consumption at the same time. Not only that, the washed up water can improve oxygen levels in coastal areas where it’s crucial to the thousands of species that thrive there.

All these aspects dramatically reduce an average household’s carbon footprint by as much as 80%, making the eco laundry system environmentally friendly and cost efficient for washing clothes.

As innovative as this is, taking precautions before using the system is more than necessary. When wanting to install an ozone laundry unit at home, make sure the laundry room is well ventilated and the rubber valves that connect the ozone unit to the washing machines are securely screwed and tightened to prevent gas leaks that may occur. For added safety measures, replace the valves after at least 3 months and have an ozone monitor installed close to the washing machines.